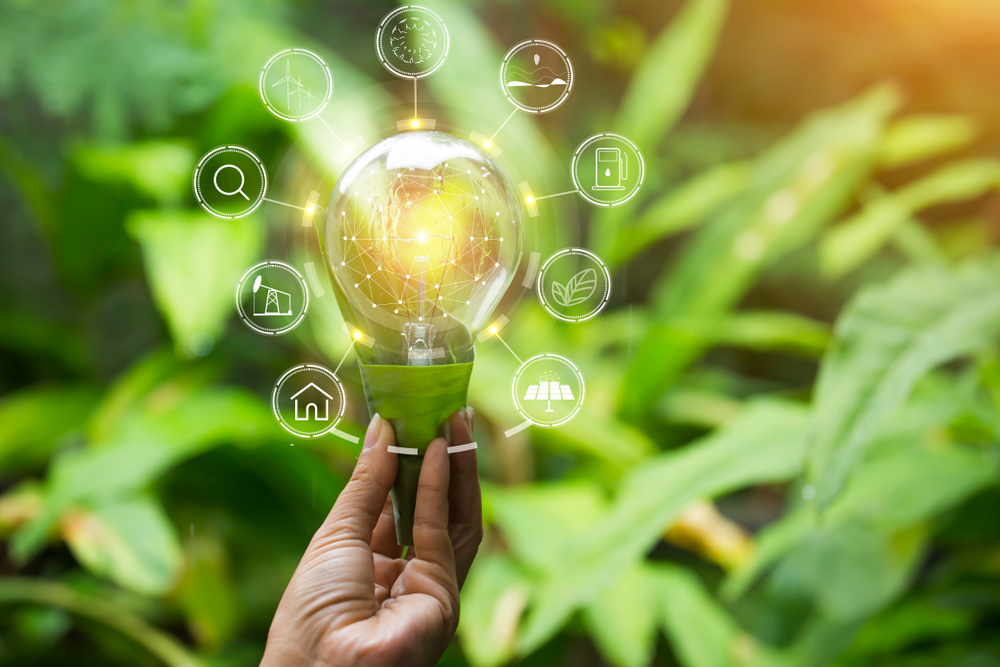 Anaerobic Digestion (AD) – A collection of processes by which microorganisms break down biodegradable material in the absence of oxygen. The process is used for industrial or domestic purposes to manage waste and/or to produce fuels.

Biodiesel – Biodiesel is a fuel made from organic matter that can be used in a diesel engine, such as in a vehicle.

Bioenergy – Bioenergy describes Biomass, Biogas and Biofuel. It is usually meant as fuel produced from organic crops, most of which are grown specifically to be used as fuel. It can also describe power, heat and fuel generated from a host of unwanted materials such as food, agricultural and manufacturing waste.

Biofuel – Biofuel is a fuel made from plant matter rather than fossil fuels. Ethanol and biodiesel are examples of biofuel.

Biogas – Biogas is produced from decomposing manure and other organic material. It can be used as a fuel to produce electricity.

Biomass – A renewable energy source derived from organic material such as wood, wastes, plants and slurries that can be converted into fuel.

Bio-oil – Also known as pyrolysis oil is a synthetic fuel under investigation as substitute for petroleum. It is obtained by heating dried biomass without oxygen in a reactor at a temperature of about 500 °C with subsequent cooling.

Carbon Capture and storage (CCS) – (or carbon capture and sequestration or carbon control and sequestration) is the process of capturing waste carbon dioxide (CO2) usually from large point sources, such as a cement factory or biomass power plant, transporting it to a storage site, and depositing it where it will not enter the atmosphere, normally an underground geological formation.

Carbon Neutral – Carbon neutral means offsetting carbon dioxide emissions from everyday life such as from driving and flying, by reducing consumption and utilising alternative energy sources, so that there is no carbon footprint. Alternatively, there are tree planting schemes which help to offset carbon emissions.

Coal – Coal is a fossil fuel formed from prehistoric plant remains. It is burnt to produce heat and electricity. Coal power plants are responsible for more emissions than other fuels, so are not seen as environmentally friendly.

Crops – Crops such as corn and switchgrass can be grown especially to be used as biofuel. These crops can be grown almost anywhere and so are ideal for countries that currently rely on imported fuel.

Diesel – Diesel is another fossil fuel made from oil. In a diesel engine, the air and fuel mixture is ignited by compression rather than a spark like in a petrol engine.

Electricity – Electricity is relied upon in both domestic and industrial settings all around the world from street lights to computers. Electricity is mainly generated in fossil fuel powered power stations. As consumption increases, the need to find alternative energy sources increases. One solution is to reduce consumption, and make more efficient products and processes.

Energy-from-Waste (EfW) – process of generating energy in the form of electricity and/or heat from the primary treatment of waste, or the processing of waste into a fuel source.

Environment – The environment covers all aspects of daily life from climate change, to reducing emissions and looking for alternative fuels. Green thinking and carbon neutral awareness has increased awareness of the environment and the importance of improving it for future generations.

Environmentally Friendly – Environmentally friendly can mean anything from recycling, and walking short journeys rather than using the car, to researching climate change. Even the smallest difference can make a big impact.

Fossil Fuels – Fossil fuels such as oil, and so petrol and diesel, and gas, are finite and will run out. There are also emissions concerns. Ending our reliance on fossil fuels is a high priority.

Gasifier – technology for converting solids, liquids or gases to H2 and CO.

Gasification – Gasification converts carbon based products into a gas known as synthetic gas using a chemical reaction. It has been used since the 1800s and is a very efficient type of gas. Find out more about gasification

Geothermal Energy – Geothermal energy converts hot water or steam from below the surface of the earth into electricity.

Green – Green is another term for environmentally aware, and acting to protect the environment. Recycling and reducing electricity consumption are two examples of being green.

Greenhouse Gas (GHG) – A gas that contributes to the greenhouse effect by absorbing infrared radiation. Carbon dioxide and chlorofluorocarbons are examples of greenhouse gases.

Hydroelectric Energy – Hydroelectric energy is electricity produced from moving water, such as from tidal power or from rivers using turbines.

Landfill – Landfill is the waste that can’t be recycled or turned into bioenergy. It is then buried and covered over with soil. Landfill doesn’t really decompose and so is not environmentally friendly.

Megawatt – Megawatt is a unit of electricity, equivalent to 1000 Kilowatts. Power station energy production is measured in megawatts.

Net Zero – Achieving a state in which the activities within the value chain of a company result in no net impact on the climate from greenhouse gas emissions.

Nuclear Energy – Nuclear energy is heat produced by nuclear fission. It is seen as a long term alternative to fossil fuels for power stations.

Oil – Oil is relied upon for power stations as well as for heat, and fuel for vehicles. As oil is a fossil fuel, its supply is finite, and alternatives are being sought to replace it.

Organic Matter – Organic matter such as crops, and animal waste can be used to create fuel, and so is a form of renewable energy.

Petrol – Petrol is a fossil fuel as it comes from oil. Vehicle manufacturers and consumers are keen for more fuel efficient vehicles. This has seen an increase in hybrid cars that use petrol and electric power, and a decline is larger vehicles that are gas guzzlers.

Photovoltaic – Photovoltaic is the process of converting light into electricity, and is how solar energy works.

Pyrolysis – Thermal process to break down biomass into liquid, gas and char. Pyrolysis is the decomposition of organic matter by heating without oxygen. It can be carried out in a vacuum, or by using water.

Recycle – Recyling means using again, and can be used to mean everything from reusing carrier bags, to giving away unwanted items rather than sending them for landfill. Paper, cardboard, glass, plastic and aluminium are often recycled and turned into new products. Old furniture, clothing and many other items can be recycled.

Renewable Energy – Renewable energy is energy that won’t run out, unlike fossil fuels. Solar power, wind and tidal power, as well as biomass are all examples of renewable energy.

Solar Energy – Solar energy is energy from the sun, or other light than is converted into electricity. Solar panels can be used domestically and commercially to create electricity.

Turbine – A turbine has blades at one end and electromagnets at the other which create electricity as the blades move. Turbines are used in creating electricity from wind, water and steam power.

Value Chain – set of activities that a firm operating in a specific industry performs in order to deliver a valuable product (i.e., good and/or service) for the market.

Waste-to-Energy (WtE) – process of generating energy in the form of electricity and/or heat from the primary treatment of waste, or the processing of waste into a fuel source.

Wind Power – Wind power is generated by a turbine mounted on a tower. The turbine moves with the wind, and converts the wind to electricity.

Zero Emission – An engine, motor, process, or other energy source, that emits no waste products that pollutes the environment or disrupts the climate.