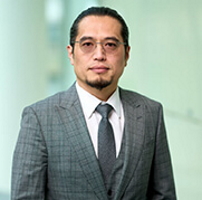 Despite its policy initiatives to meet net-zero measures, the independent statutory body the Climate Change Committee has said the UK Government is currently not on track to meet its carbon budget targets in 2025 and 2030.

However, reviewing the country’s housing stock is one of the areas where they could make an impact towards achieving their goals.

My research has found that housing accounts for 27% of the UK’s CO2 emissions. If you also consider that at least 87% of existing houses will still be habited by 2050, it makes sense to tackle the problem of our ‘old and cold’ homes.

So far, the Government has primarily focused on creating new low-carbon homes, but new housing supply is currently lower than the Government’s own target. Taking this factor into account, it appears that the sustainable refurbishment of the existing housing stock is an unavoidable option. The housing sector – from local authorities and housing associations to private house builders and developers – all have roles to play in improving energy efficiency, by supporting retrofitting capable of providing a substantial contribution to CO2 reduction.

Retrofitting and refurbishment is considered a better option than demolish-and-rebuild because of the financial and environmental benefits. Partial refurbishment options like cavity wall insulation and loft insulation are often chosen because the upfront costs are relatively low, but they can achieve only a limited CO2 reduction of 25–35 per cent. As a result, there is increasing consensus among researchers that comprehensive whole-house refurbishments are required to achieve the reduction target in the housing sector.

Retrofitting is lagging because there are barriers – around scaling up, regulation, finance, data, sector capacity and consumer drive – all identified in The Royal Institution of Chartered Surveyors (RICS) net-zero policy position paper. Like the RICS recommendation, in a paper I wrote in 2018, I suggested that whole-house refurbishment should be considered and the financial and environmental impact of a refurbishment solution should be integrated as data from the early design stage of houses. Otherwise, significant reductions in CO2 emissions and energy cost savings through the lifecycle will not be made and refurbishment alternatives are significantly limited.

As the RICS paper pointed out, government incentives can promote positive consumer behaviour, enticing and supporting more people to consider making their homes energy efficient. Last March the much-criticised Green Homes Grant (GHG) for homeowners was scrapped, and many existing schemes are aimed at social housing and lower-income households. According to the English Housing Survey 2020 to 2021, 65 per cent of households are owner-occupiers but there is little to persuade and support mortgage holders and outright owners to invest in retrofitting their home – especially in the current cost-of-living crisis.

Summing up, I doubt existing policies will be sufficient to improve enough homes’ energy efficiency and reduce CO2 emissions to meet Government targets. To achieve their goals, the Government should take on board the call for whole-life retrofitting and funding support, like ‘Help to Improve’ suggested by RICS. If the Government is serious about helping homeowners reduce their emissions and energy bills, we really need this ‘help to retrofit’.

For media inquiries in relation to this release, contact Nicola Jones, Press and Communications Manager, on (+44)7825 342091 or email [email protected]