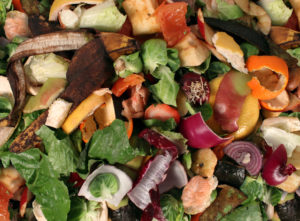 “I first came across EBRI at the Sustainability Live conference at the NEC in Birmingham – they instantly understood what I was talking about. After a very productive conversation they invited me to attend a free workshop at the Institute on the Aston University campus and the relationship developed from there”.

The initiative that Steve is developing is to install an Anaerobic Digestion (AD) unit at the heart of the residential community of Brookside, Telford. The aim is for the AD unit to provide a renewable heat source for the large community centre which is currently being redeveloped – as well as providing a small income through the feed-in tariff.

“In order to get this project off the ground I needed a lot of community support. I needed to demonstrate that it was financially sound and that there would be no issues with odour or noise.  I wanted to ensure that there were no ‘deal-breakers’ and that I could go to the community with a sound proposal.”

“EBRI was able to provide me with a very well informed and detailed economic feasibility study which was incredibly helpful in getting the project to the stage it is now at. It was important that I was able to gain an independent view on the financial figures and the plan as a whole. Without it, everything presented to the community and other stakeholders would have been coming from the company and this could have been seen as biased. EBRI’s advice and support prevented this. 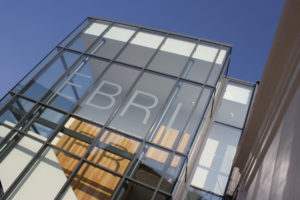 “Having a feasibility study from EBRI has given me, and this project, a lot of credibility. As a result I’ve been able to build a lot of strong relationships with schools, local councillors and community groups – all of which would have been much more difficult and time consuming without the report.  Now that the Directors are in place we can seek further funding for the next stage of the project.

“I would have pursued this development idea without the feasibility study but I would have been far less well informed regarding the challenges and risks – my plan wouldn’t have been as robust and my business case would have been less convincing. Having such good quality business analysis has helped to encourage me and to keep me motivated.”

Tom Anderson, EBRI’s Business Development Manager, said: “This is a very exciting project as it demonstrates that bioenergy innovations can be applied at a local level as well as at industry level.  Bioenergy can offer residents low carbon power and an environmentally beneficial alternative for their household waste systems. There are some real advantages for ‘local’ bioenergy production too, such as low or no transport costs to get the waste to the AD unit, and in a densely populated area the availability of waste is plentiful. I’m looking forward to seeing how this initiative develops – I’m sure it will be hugely successful.”