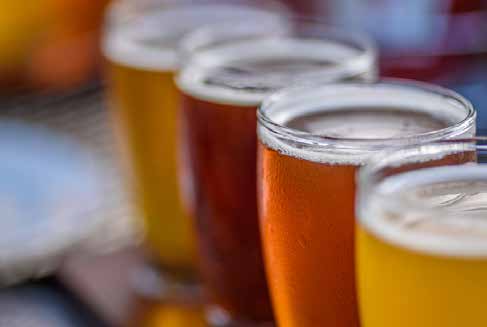 Waste such as spent wheat and hops from the brewing production process offers several commercial opportunities.

Traditional breweries typically discharge 70% of their incoming water as effluent. Reducing water consumption is a challenge for breweries seeking to meet their sustainability goals.

Breweries usually have the space to generate their low carbon power, but this opportunity is often ignored. Small breweries can supply local pubs and communities, and can do so sustainably by investing in the right processes. 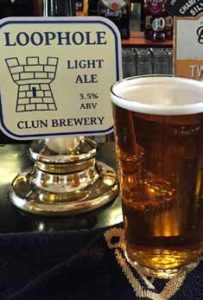 The Clun Brewery is a small brewery next to The White Horse pub in Clun, South Shropshire. The brewery has slowly grown over the past ten years, and is about to move to a new site and drastically upscale. Clun have always made sustainability a central part of their identity, and are looking to further develop this as they expand.

In their current smaller setup, as a twobarrel brewery, they produce around 200kg of spent grains and yeast per week, which are easily passed off to local farmers for animal feed and soil treatment. As they move up to a tenbarrel system they will have to deal with over a tonne of waste every week, so found themselves looking for effective and sustainable ways to recycle or dispose of it. 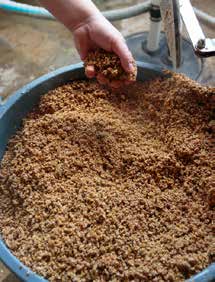 Company background
The Clun Brewery was founded by Matt Williamson and Jack Limond in 2007 to supply local craft beers to the White Horse in Clun, which Jack has owned since 2001. The brewery started as an upgraded homebrew, brewing 9 gallons at a time with Burco boilers as their water baths. This basic setup gave inconsistent results, and in 2010 they moved into an old garage with two 72 gallon barrels. The extra capacity helped Clun build a local reputation, and their range of beers regularly feature as guest ales in over 60 Shropshire pubs as well as The White Horse. 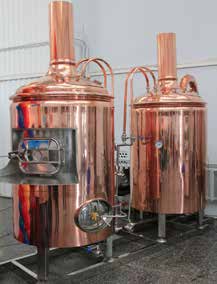 This first expansion let them take on permanent staff and invest seriously in measures to make their processes more efficient and sustainable. After a decade in the current setup, Clun are now moving again into new premises which will allow a fivefold increase in production. But all the extra waste at this scale forced Jack to reconsider the brewery’s whole approach to disposal. Following discussions with the Marches Local Enterprise Partnership (LEP) and Growth Hub, Jack approached the Energy & Bioproducts Research Institute (EBRI) at Aston University with these problems to see if they could help him manage Clun’s expansion in a sustainable way.

Support from EBRI
Help to identify new market opportunities
EBRI’s team of scientists and business experts held a virtual consultation with Jack, where they investigated a range of sustainable options for the new Clun Brewery premises. The most immediate concern for Jack had been the increase in waste, so the EBRI team focused first on the reuse of spent grain, hops, and yeast. Clun currently give this to local farmers for use in soil treatment, although at larger scales these products can be used for animal feed, as well as in certain baked goods for human consumption. By identifying the right option early and building the new processes into their new facility, Clun can make the most effective use of their waste and potentially create new revenue streams. 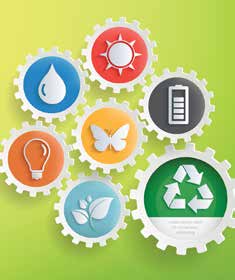 Following the online consultation, EBRI produced a detailed report for Jack summarising their findings and recommendations to help his business. As part of their research, the team investigated how Clun can improve their water and energy consumption to help the brewery make the right decisions early in the transition. Typical breweries need 4 pints of water for every pint of beer produced, and, considering the whole supply chain, they can even use as much as 155 pints of water per pint of beer. As a local brewery using local resources, Clun can minimise this waste with an investment in the circular economy. EBRI’s report covered a range of different approaches to this problem, as well as exploring how Clun could produce renewable energy on-site to fuel their production sustainably throughout. 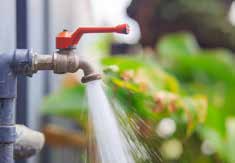 Findings and recommendations
EBRI investigated the various ways that Clun could recycle their solid waste onsite, including how food and coffee waste from the pub hospitality area could be combined with the spent grain waste generated from the brewing to produce new products such as compost. Alternatively a process known as Anaerobic Digestion could be used onsite to break the waste down into a digestate that can be used as a fertiliser, animal bedding or solid fuel, or to produce biogas to enable cooking via an integrated stove.

While agricultural applications like organic soil treatment and animal feed remain the most popular uses of spent hops, wheat, or yeast, this solid waste can also be used in human food products. Spent grain, due to its high protein and fibre content can be used in baking, such as bread, pizza crusts and biscuits. Spent yeast can be turned into yeast extract, rich in B-group vitamins, which can be used in vegetarian products. Jack has recently opened a deli, and this or other local bakers give Clun other opportunities to contribute its solid waste to the local circular economy.

EBRI also explored a range of sustainable energy sources, including solar panels and wind turbines, as well as ground source heat pumps and the various energy storage options. With the extra available space at Clun’s new facility, EBRI found an optimal configuration of solar panels and battery units that could help them turn a £12,000 profit over the next 25 years. As well as estimating the generated power, the report also advised Jack on how to navigate the government grants and loans systems to get the most amount of support for this investment.

The EBRI team also addressed the significant water wastage that is typical of modern brewing. Water is used in many different ways throughout the process, so EBRI focused on the cooling and washing stages which have the potential to be more efficient, and laid out several innovative new methods for each. By using a ‘closed’ rather than ‘open’ cooling system, the brewery can recycle the same water in a closed loop for cooling, without needing to throw any away. New ‘clean in place’ washing systems are now also becoming available at small scale, and can clean out the equipment with only as much water as is necessary.

“EBRI’s report will make Clun a more profitable and sustainable business.
That’s where I want to end up. I want to stay local and trade here with as
little effect as possible on the rest of the world.”

EBRI’s consultation has suggested new approaches to a wide range of sustainability issues across the brewing process. As Clun moves into bigger and better-equipped premises, EBRI’s recommendations will help them integrate cost-effective and sustainable practices across their whole operation, from their energy sources to their washing methods.

Furthermore, by investing early in the right processes, Clun can introduce new revenue streams and become more profitable overall. Combined with a fivefold increase in capacity, this will help expand their range of beers and get them more regularly into pubs throughout Shropshire and beyond. 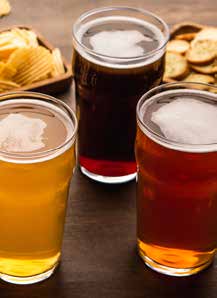 “I’m gobsmacked by the amount of support out there for businesses, and I’d definitely recommend this to others. Businesses tend to sit where they are without getting any perspective. It’s great to have outside feedback from experts like EBRI on what you’re doing.” 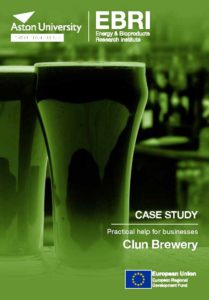