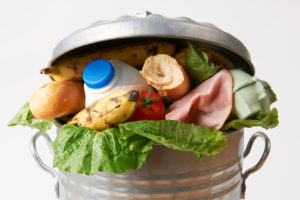 10 million tonnes of food waste are generated each year in the UK.[1] 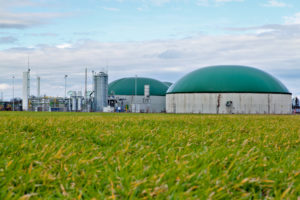 Food waste, when recycled benefits the environment and the economy. The process of Anaerobic Digestion (AD) is one such way of recycling waste food, and offers both commercial and ecological benefits. AD is a process by which organic material such as animal or food waste is broken down by micro-organisms to produce biogas, which can provide heat to homes, and biofertiliser, which can be used to grow more food.

In the UK it is estimated that 5 million tonnes of food are thrown away by pubs, restaurants, food manufacturers and retailers. Traditionally this type of waste is landfilled, where it rots and releases methane, a greenhouse gas which is 25 times more potent than carbon dioxide.[2] 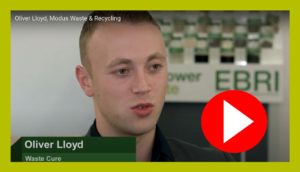 Modus Waste & Recycling Ltd, based in Stourbridge in the West Midlands, offers a channel for recycling unwanted food into green energy.

Oliver Lloyd, who founded the company in 2017, recognised that food waste generated by local pubs, restaurants and independent food stores could open up new possibilities for his business benefiting both the local economy and community.

A new business from waste
Oliver Lloyd’s first company Waste Cure Ltd originally specialised in domestic bulk waste collections, offering a service to residences in the Black Country lacking the space to accommodate skips. Material collected such as wood and metal is recycled, and items of use are donated to charity.

Oliver attended the EBRI Value from Waste Master Class at Aston University in November 2017. At the time he had been exploring new routes for his business, and was considering expanding into commercial collections from local companies. 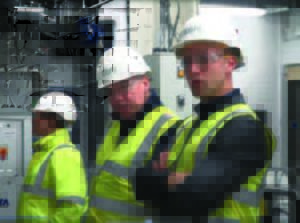 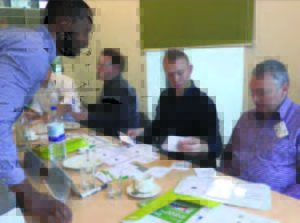 The two-day event at EBRI inspired him to explore a brand new direction – collecting commercial food waste and putting it to good use. From there sprung his new business venture – Modus Waste & Recycling.

“The EBRI Master Class opened my eyes. It provided me with the right
information I needed at a key  point of my business.”

While attending this course at Aston University, Oliver discovered how new market opportunities can be developed from a whole range of unwanted materials including agricultural and manufacturing waste, as well as food and household waste.

Of particular interest to him was the EBRI session on Anaerobic Digestion (AD) which highlighted the value of separating commercial food waste from general waste, and the potential commercial and environmental benefits of it not going straight into landfill.

AD is a process which uses bacteria to convert organic materials, including food waste, animal manure and sewage sludge into a methane rich ‘biogas’ used for combustion to produce heat and power. It also produces a non-digestible residue called ‘digestate’ which can be used as a fertilizer.

For every tonne of food waste recycled by Anaerobic Digestion, as an alternative to landfill, prevents between 0.5 and 1.0 tonne of CO2 entering the atmosphere.[3]

Outcomes
After attending the EBRI course, Oliver contacted a wide variety of businesses in the West Midlands, all producing an assortment of food waste in order to build up a solid supply chain to support his new business venture. Following his proactive marketing campaign, his client base now consists of breweries, restaurants, pubs and cafés.

The new company provides clients with 240 and 660 litre food waste bins, after convincing them to change their  waste disposal system to accommodate food waste, by separating it from their general waste. Items such as organic waste generated through meal preparation, such as vegetable peelings, as well as ‘scrapes from plates’, coffee grains and tea bags are all ideal material that can be used in the AD process.

Modus Waste & Recycling offers its clients a weekly waste collection service, which Oliver’s company then collates and delivers to a 3rd party AD plant based in Staffordshire where it is fed into a digester which creates biogas and digestate.

Further specialist help from EBRI
EBRI also provided additional support to Oliver to assess the various waste streams that his other business, Waste Cure, collects from residences and companies in the Black Country area including wood, glass, metals, furniture and bricks. 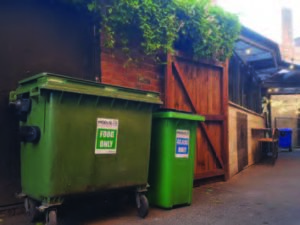 EBRI’s specialist team of business research associates produced a detailed market report for him giving a thorough insight into the status of the waste management sector. The purpose of this was to help Oliver identify appropriate separation routes for his collected waste that commands higher recyclable value, or has a good potential for Energy from Waste (EfW).

Impact
EBRI’s assistance has helped Oliver to consider his options to improve his waste stream sorting efficiency, and to make key decisions affecting the future of his two family run companies.

Armed with the knowledge that EBRI gave him, he promises their customers that by “Using the latest research and technology, we always focus on re-using the waste we collect”.

“EBRI has inspired me to expand my business horizons, as well as
become more ethically aware.

Our company now prides itself in looking at each individual type
of waste material, including food waste, and what can be done
to prevent it going into landfill, benefiting the environment and
the local community.” 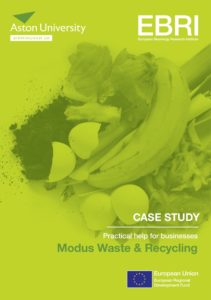